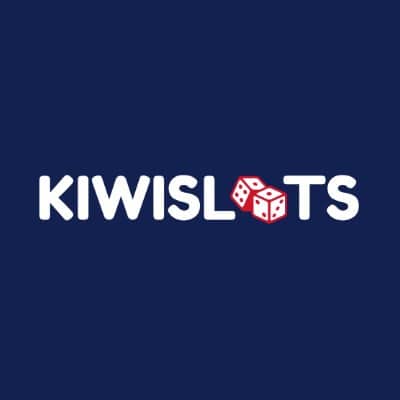 Many people play slot machines and other gambling games, dreaming of hitting the jackpot. After all, who hasn’t imagined what they would do with all their newfound wealth if they won millions while playing an online progressive slot machine or at a blackjack table?

While it does seem like big wins are impossible, they do sometimes happen to a lucky few people. While some people leave their gambling sessions with lighter pockets, some walk away millionaires. Here are a few true stories of the biggest casino winners of all time.

While in Las Vegas, Kerry Packer, an Australian billionaire, decided to test out his luck at baccarat and blackjack tables. By the end of the night, he had won between $20 and $40 million. The exact amount he won is still unknown because he played at several tables that night.

Packer immediately took advantage of his winnings and began to spend the money like mad. He tipped the head waiter and waitress roughly a million dollars by the end of the night. However, Packer wasn’t always lucky, and he lost about $28 million in one night while gambling in London.

In 2003, a 25-year-old engineer from Los Vegas was in town watching his favorite basketball team. While killing time before the match, he decided to visit his preferred casino, Excalibur.

He sat down at a slot machine and had spent about $100 when all of a sudden, he hit the jackpot and won an astounding $39.7 million, which is about how much profit the casino makes in a month. The man decided to keep his identity anonymous and requested that the casino transfer his winnings in increments of $1.5 million every year.

In 2000, Cynthia Jay was playing the Megabucks slot machine and managed to hit the jackpot, winning more than $35 million. At the time, this was the biggest casino win ever. Unfortunately, Jay’s good fortune didn’t last, and she was involved in a tragic car accident.

A drunk driver hit the car she was in with her sister.

The accident left her sister dead and Jay paralyzed from the chest down. After Jay woke up from the coma, she said she would give back every penny if it meant her life could go back to normal, and her sister could be alive again.

A 60-year-old woman hit it big on the Wheel of Fortune slot machine and won $680,000. Instead of giving up her gambling career, the women continued to visit the casino and eventually won an even bigger prize of $27 million when she was playing the Megabucks slot machine. Persistence paid off for this woman.

While most of these wins are from in-person casino wins, it is possible to win millions from the comfort of your own home. A 40-year-old man from Finland was gambling at a Scandinavian online casino. With just $.25 left in his account, he bet it all and ended up winning more than $24 million.

Even though he didn’t have much left in his account when he made that bet, he was able to win such a large sum thanks to the Mega Fortune bonus. The Finnish man said when he saw the amount he had won, he started to cry and laugh simultaneously.

Some people truly do have all the luck. Elmer Sherwin, a WWII veteran, was 76-years-old when he hit his first jacket of $4.6 million. The Mirage casino had just opened 10 hours prior to this huge jackpot win. Elmer took his winnings and spent it travelling around the world.

Despite his windfall, he continued to enjoy gambling and visited casinos frequently. Sixteen years later, he once again hit the jackpot and won a phenomenal $21 million. This time, he spent the money on helping victims of Hurricane Katrina. Unfortunately, Elmer died before he hit the jackpot for the third time.

During a four-month period in 2010 and 2011, Don Johnson won more than $15 million at three Atlantic City casinos. Because of his good fortune, he gained the nickname “The Killer from Atlantic City” for his cut-throat skills at the blackjack table.

Before he won, Johnson had apparently talked to a casino manager about creating a few rules that would reduce the house’s advantage. The casino created a rule that would compensate for 20% of a player’s losses if the losses equaled more than half a million.

Unfortunately, the manager didn’t think this rule through thoroughly and ended up getting fired for this careless mistake. But, it helped Johnson reduce his losses and later cash in big time.

There were also some questions about whether he cheated. However, Johnson denies that he was counting cards or using other nefarious techniques to win. He chalks up his win to using basic blackjack strategy and having basic math skills.

Back in 1996, John Tippin, a post office worker from Hawaii, was visiting Las Vegas on vacation and set a record with his $12 million Megabucks win. He went out and spent the money on women, cars, and luxury items.

Five years after his win, Tippin wrote a book I Did It: My Life After Megabucks, which describes how he went from living the high-life to a self-described loser and alcoholic. The book has gotten good reviews on Amazon and might be an interesting read to others who dream of hitting the jackpot.

Katrina Bookman, a New York native, almost had the best luck of everyone else on this list. While playing slots at the Resort World Casino, she got a winning ticket of $42.9 million, which would have made her the biggest casino winner of all time.

Her excitement was short-lived though when it was revealed the machine had malfunctioned, and she was only supposed to receive a payout of $6,500. The casino took back the $42.9 million and offered her a steak dinner instead.

Do you dream of hitting it big? Try out these top-ranked free spins no deposit bonuses slot machines. You never know, you might just hit the jackpot!

The most popular casino locally in New Zealand is called Skycity Casino, you can read more about this Skytown.